The Basics
What Do You Need To Get Off-Piste This Winter?


Thinking of trying out some off-piste skiing or ski touring this winter? There's nothing better than leaving the pistes, heading out and skiing untracked powder under a blue sky, or skinning into a remote valley and spending the night in an alpine hut. Off-piste skiing though carries a range of dangers that aren't encountered when skiing at resorts, the biggest being avalanches. Here we'll take a look at the basic avalanche kit you'll need to get off-piste this winter.

As soon as you're away from the patrolled pistes, there's a danger of avalanches occurring. In resorts, the avalanche risk is managed by use of advanced snow science and explosives, which trigger any avalanche prone snow to slide whilst there's no one in the area. Away from these controlled areas the risk of being caught in an avalanche is very real. Although no one ever intends on being involved in an avalanche, it does happen to even the most experienced off-piste skiers and is often fatal. Knowledge of snow science and basic avalanche avoidance techniques is invaluable, but so too is carrying the right equipment and knowing how to use it. The 'big three' of avalanche safety are a transceiver, probe and shovel. Here we'll take a look at why you need each and some of the kit that's on the market. 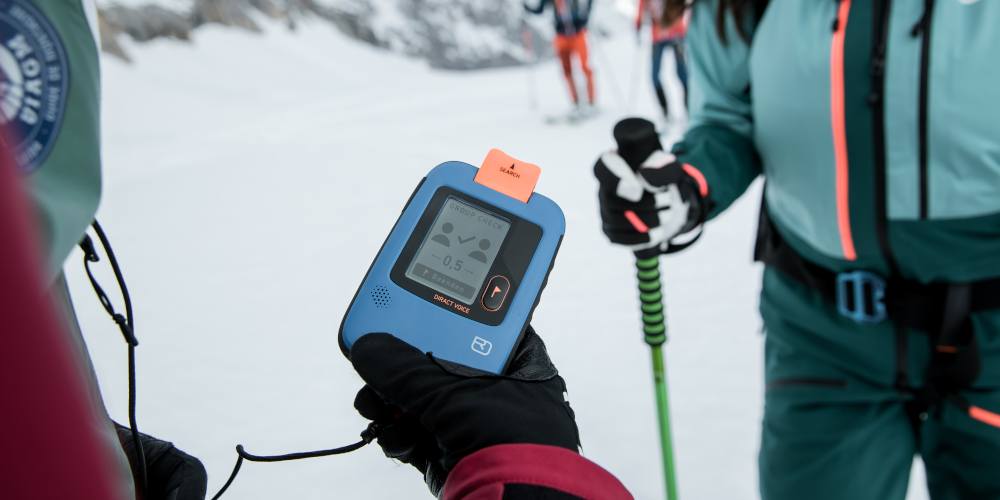 If you're caught in an avalanche, the chances are you're going to be swept downhill rapidly in a huge wave of snow. As this comes to a stop, there's a high likelihood of you being buried - and as avalanche debris stops, it becomes rock solid, meaning fighting your way to the surface (if you're still conscious) isn't going to be an option. Your companions on the surface won't be able to see you under all that snow, meaning they need another way of finding you - quickly. This is where transceivers come into play.

A transceiver is a small device worn on a harness system on your chest, below your clothing. As soon as you leave the safety of the resort, you turn the transceiver on to 'transmit' mode - meaning it constantly sends out a radio signal while you are skiing. If you're buried in an avalanche, rescuers (either your companions or professional rescue services) can switch their transceivers into 'receive' mode - meaning they will pick up the signal from any transmitting transceivers in the area. The display on the front of the transceivers will help lead them to the spot in which you are buried.

There's a broad range of transceivers on the market, from intuitive and simple devices to advanced ones for professionals. Please see Transceivers for our current selection. For those starting out, a basic device is recommended. These will be much easier to learn to use - and easier to remember how to use even in an emergency situation when the panic sets in. They also tend to be cheaper. 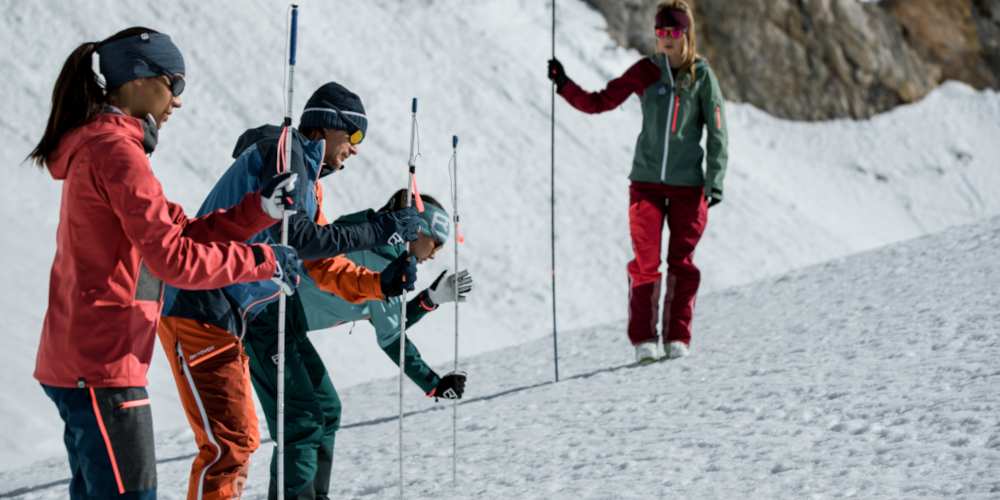 Grid searching using a transceiver to pinpoint burial location, then probing to find the victim

Using a transceiver to search will only give you a rough idea of where someone is under the snow - due to the 3D nature of the transceiver signals and search area they may actually be a couple of metres away from the closest transceiver reading. If you simply start digging, there's a high likelihood of missing your victim and digging down straight past them. By the time you've found them, it may be too late. A probe is used to poke down in to the snow until a hard object (i.e. your friend) is found - telling you exactly where you need to dig.

There's a variety of probes on the market, with the main differences being between aluminium or carbon fibre construction (carbon being lighter to carry) and the locking system at the top of the probe. We stock a wide range of Probes to suit a number of different budgets and abilities. 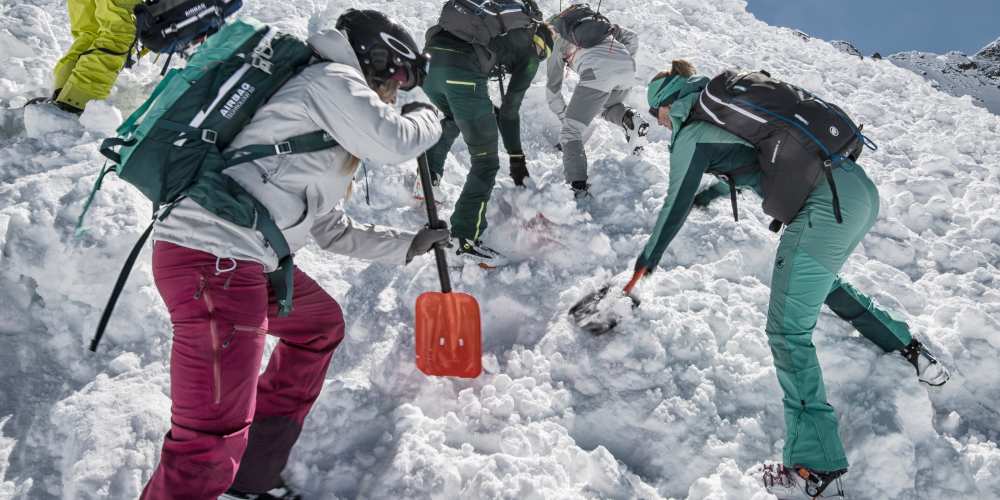 The final stage of an avalanche rescue is digging the victim out. A shovel is essential for this - and you'll need one each to ensure you can get to your mate as fast as possible. All avalanche shovels will have a removable and/or retractable handle for easy storage in your pack. There are both aluminium and plastic bladed shovels on the market - a metal blade is highly recommended as plastic simply isn't strong enough to get through hard-packed avalanche debris. The longer the shovel handle, the easier it will be to dig. Have a look at our current shovels

None of this kit is any good without the knowledge of how to use it. It's highly recommended to book a day or two with a guide to learn the techniques of avalanche search and rescue - this is well worth the money and could well give you the skills needed to save a life, we have experience of and recommendations from a number of different Guides. There are plenty of weekend courses all over Europe and further afield that could be booked for the start of your ski trip. There are also many books available on avalanche rescue but these can never replace hands-on experience of the techniques involved and should really only be used as a refresher.

There are several other items of equipment that can improve survival chances in an avalanche, such as avalanche airbags and Avalungs. These are more specialist pieces of kit to be used in addition to the transceiver, probe and shovel, not in replacement of. If you're interested in these, learn to use the basics first then have a chat to avalanche safety equipment experts in a retail outlet, or a mountain guide.

Avalanche Safety Equipment Basics: What You Need to get Off Piste